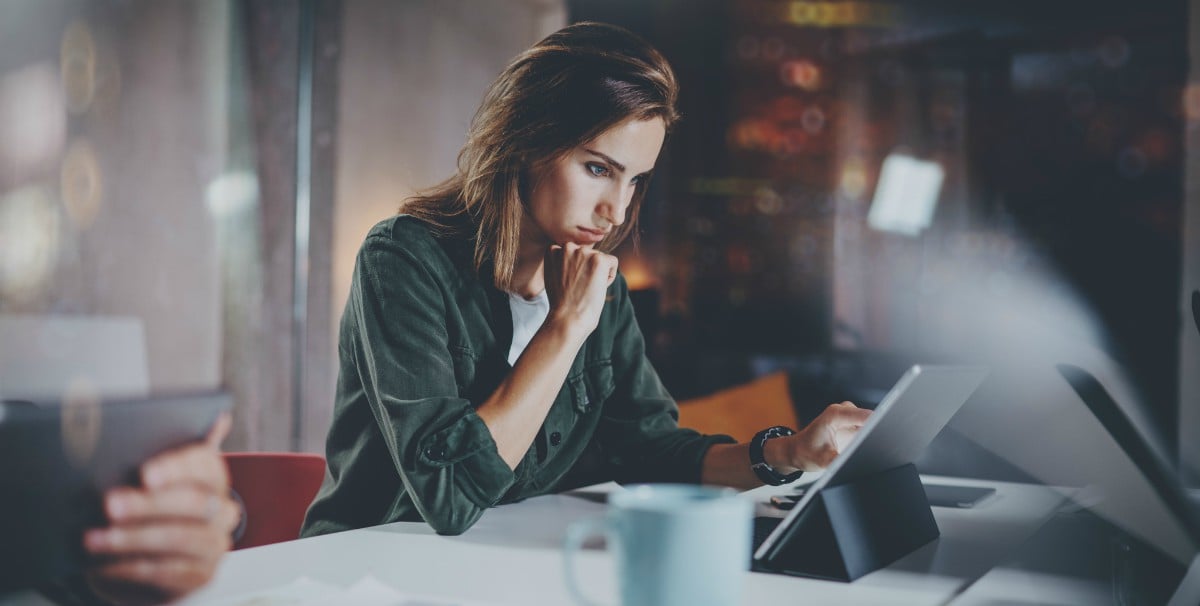 360-degree feedback, which incorporates lateral and subordinate perspectives alongside the supervisory perspective, delivers a range of benefits, from helping employees understand their development needs to showing them how certain behaviors impact others. It also improves a team’s effectiveness by giving teammates a process for delivering feedback and raising issues. Because it goes beyond a traditional manager-to-subordinate performance review, 360-degree feedback amplifies employees’ voices. According to researchers, “By switching from giving feedback to asking for it, organizations can tilt their culture toward continuous improvement; smarter decision making; and stronger, more resilient teams that can adapt as needed.”

However, the traditional 360-degree feedback paradigm is subject to numerous inefficiencies and limitations- most notably, the rater selection process.  As a result of limiting rater selection, most solutions ultimately deliver limited feedback from a few sources, leaving employees with a restricted and likely skewed view of their impact in the workplace. Here are four reasons why your 360-degree feedback isn’t as 360 as you might think:

Doesn’t Include All Manager Levels

Most 360-degree feedback models rely on a rater selection process that allows for a single manager selection, which is most likely to be the employee’s direct manager. While this is a critical perspective, if only one manager is selected to give feedback to an employee, then it precludes the possibility of the employee receiving other valuable perspectives in their 360, like managers two or three levels above or managers on different projects. This also puts the employee’s engagement at risk. Manager relationships account for 70% of the variance in employee engagement. If an employee feels they are not connecting with their direct manager, then getting multiple perspectives from management on their performance is critical to their continued success at the organization. Engagement also depends heavily on a connection to leadership, not just to the employee’s direct manager. Giving an employee access to feedback from leaders across the organization will foster that connection to leadership, but the rater selection process in traditional 360s prevents this kind of direct feedback from leadership.

Doesn’t Include All Peers

Most 360-degree feedback allows for raters to be selected only from within an employee’s immediate work group, neglecting the reality that there are peers in other departments who also have useful feedback to share. Gartner research points out that peers who are familiar with a person’s work (beyond formal peer relationships) should also be asked to deliver feedback about an employee (for example, collaborators from other departments, coaches, and mentors). A true 360 collects feedback from all of the employee’s peers, not just those who report to the same manager.

Doesn’t Include All Reports

The collection of 360-degree feedback data usually relies on a limited number of raters providing largely qualitative or free-form results once per year. This kind of open feedback is extremely difficult to track over time, and the limited frequency makes it difficult for employees to incorporate feedback from their 360 in their day-to-day performance. A 360 based on a limited number of raters will also be highly vulnerable to skewed perspectives, which will hurt the employee’s chances of receiving a constructive review. Whereas, opening up the employee’s 360 to an unlimited number of raters who can provide frequent, measurable, actionable feedback provides a more dynamic, constructive view of an employee’s impact in the workplace.

360-degree feedback can provide employees with a well-rounded view of how they lead, collaborate, and communicate with others, but for the feedback to have the most impact, it should incorporate as many raters as possible, instead of limiting the employee’s review to a few selected raters. When you open up feedback from all perspectives in every direction, the result is true 360-degree feedback that creates a more constructive experience for employees.

WFH is Here to Stay: Best Practices for a Remote 2020