With the rise of rating platforms providing opportunities to share feedback on people, services, and experiences, technology has brought transparency to many aspects of life. The workplace is no different. Transparency in the workplace makes for more informed employees and delivers data that supports better decision-making. A transparent culture is also highly valued by employees: a study by Slack found that 87 percent of employees want their future company to be transparent.

At first glance, it might seem that anonymous feedback prevents transparency instead of supporting it. One might ask how feedback can be transparent if you’re not able to attribute the feedback to specific employees. But anonymous feedback actually plays a critical role in building up transparent leadership because it allows leaders to get the honest truth about employees’ experiences. When employees are empowered to deliver feedback in a secure, anonymous manner, they are promoting transparency with leadership by giving a complete and accurate picture of their experiences. In turn, leaders can promote transparency by being open about feedback, sharing their own results, and demonstrating a willingness to address feedback at all levels of the company.

When employees have concerns speaking up about their work experiences, leaders aren’t able to get the unfiltered feedback they need to build a truly transparent culture because they aren’t getting the whole truth. Transparency is about encouraging thoughtful communication. Removing the security that anonymity affords employees may stifle the flow of valuable information and put leaders in less informed positions than before. Anonymous feedback doesn’t preclude open conversations, but it does open up a safe channel to communicate freely without fear. When employees can speak their truth openly, company leaders can better understand what issues are impacting employees, and how they can help.

While transparency does promote more communication and collaboration between different levels, it will not erase the dynamics between levels in the workplace. When managers approach their subordinates for feedback, many employees will feel pressured to downplay their concerns or omit critical feedback altogether. Transparency encourages employees to approach coworkers up and down the chain of command with their feedback, but it’s important to empower employees to offer criticism. Some employees will feel comfortable bringing forward critical feedback, but many will feel uncomfortable or unwilling to provide it without anonymity. Offering an anonymous platform for feedback promotes transparency by assuring employees that the company wants to embrace the critical feedback they’re afraid to give. As Gallup’s Jane Smith puts it, “The solution lies in a decision to create an environment where people can speak truth to power.”

When there are issues affecting their engagement, employees are going to talk about them- in chat, at the coffeemaker, or at happy hour. This is critical feedback that the company can use to get better, but leadership needs to have an established platform for collecting this critical feedback. Keeping these conversations off leadership’s radar will not stop them from happening- it will only prevent leadership from understanding the raw perspective of their employees.

Anonymity, especially when delivered through a secure, third-party feedback platform, provides a more reliable way of collecting employee feedback and delivering it to the people who can take action. Whether it’s in the form of 360-degree feedback for employees or a company-wide engagement survey, anonymous feedback can be delivered in a way that allows thoughtful analysis and thorough follow-up. Moreover, when you use a reliable platform, anonymity is protected through safeguards that don’t deliver the feedback until the number of responses reaches a minimum threshold. With this assurance, employees will be more likely to share feedback that will help the company get better.

4. Ensures Each Voice is Equal

Without anonymity, feedback from certain employees might be given more weight, either because those individuals are more articulate, have a more senior title, or are more influential in the workplace. This sends a message that select employee experiences are more valuable than others, which breeds a culture of distrust rather than one of transparency and collaboration. Eventually, employees may not speak up at all because they feel their views and experiences don’t matter as much as others.

Anonymity gives each employee an equal voice and ensures that all voices are heard, not just the ones that are outspoken, articulate, or powerful. When all voices have equal weight, employees can see that feedback will be handled with fairness and transparency. In addition, follow-up is more likely to address the concerns of all employees rather than specific groups.

Leaders love to say, “There are no stupid questions.” However, the reality is that plenty of people won’t  ask certain questions or speak up about issues that are important to them because they fear they’ll be judged. In a study of more than 1,000 employees, only 1 percent said they felt extremely confident voicing their concerns at crucial moments at work. For many employees, raising a hand to ask a question or express their point of view can be stressful, but that anxiety can be reduced with the opportunity to speak up anonymously. Anonymous feedback surfaces the questions that employees might be afraid to ask in an open forum but are critical to their overall engagement. Anytime people are asking more questions, transparency grows as the organization regularly follows up and answers those questions.

It’s human nature to be curious about the source of employee feedback, particularly when the feedback is critical. It’s natural to want to know who might be offering criticism of your work or behavior. However, it’s far more productive to focus on the substance of the feedback rather than the source. For example, if a team manager receives feedback from direct reports that the team hasn’t been recognized for their accomplishments, the real issue is that lack of recognition, not whether it was Jack, Jane, or Sally who brought it up.

Anonymity shifts the focus away from who said what toward the actual feedback. By creating an opportunity for employees to give anonymous feedback, you’re sending the message that company leaders really want to know what’s happening in the workplace rather than trying to convert naysayers or shut down complaints. By focusing on the substance of the feedback rather than the source, you show employees you’re serious about taking action.

8. Uncovers Issues No One Is Talking About

A workplace study found that employees avoid talking about a range of issues, from coworkers who don’t pull their weight to key processes that are failing and costing the company money. There can be many reasons certain issues don’t get discussed. Employees may feel that certain topics are taboo or too disruptive to bring up. Sometimes, employees may be focused on other things that take higher priority. Whatever the reason, unspoken issues detract from transparency rather than helping to increase it.

Anonymous feedback can uncover aspects of the workplace, good or bad, that have yet to be discussed. For example, some employees may appreciate the helpful nature of a coworker in another department, while others may feel unappreciated by their manager. In either scenario, when employees have an invitation to deliver feedback anonymously, they are more likely to open up and share a range of issues, including those they haven’t previously articulated.

Fully identifiable feedback is not a prerequisite for transparency in the workplace. In fact, anonymity empowers employees, provides a safe place for workers to tell the truth of their experiences, and allows company leaders to focus on the feedback rather than who said what. When there is a clear pattern of follow-up action to address employee feedback, you can foster a culture of trust and transparency.

WFH is Here to Stay: Best Practices for a Remote 2020 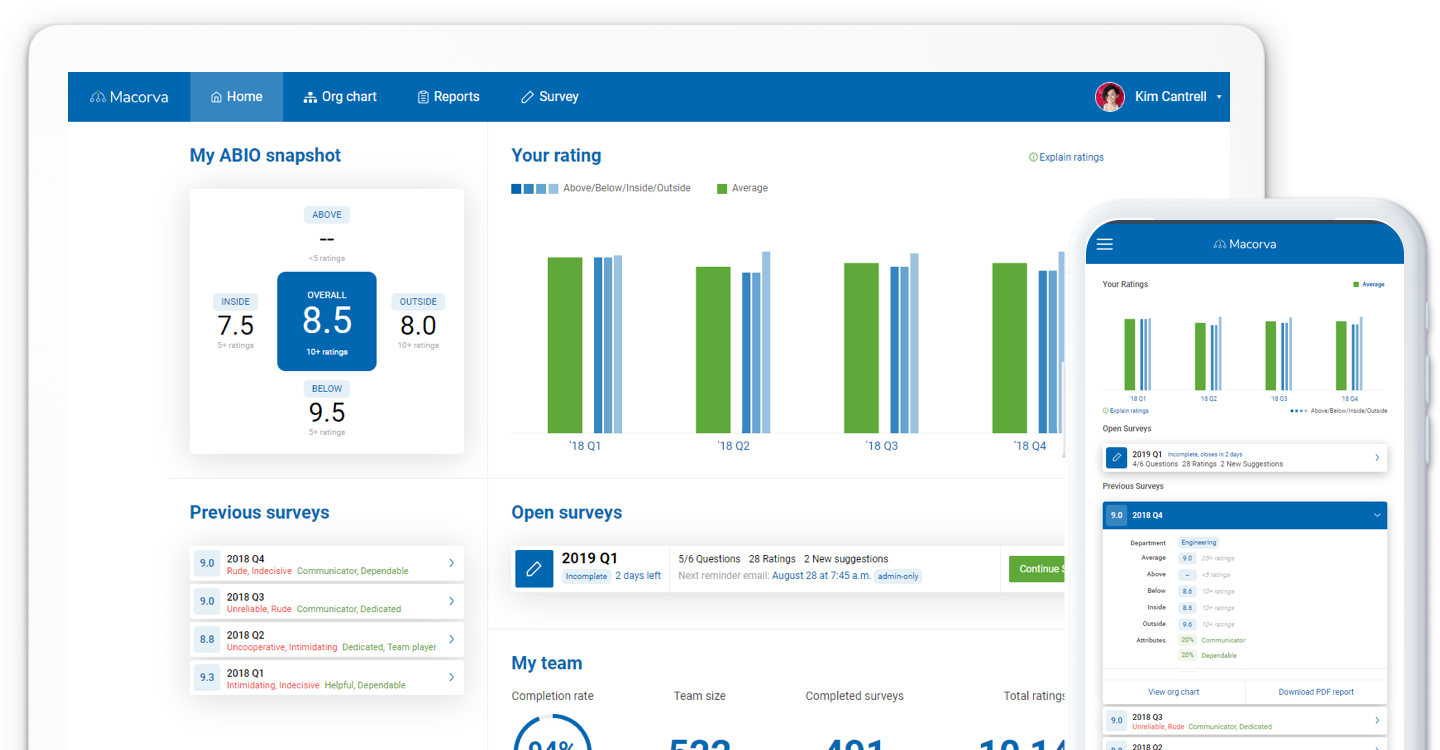